I know, I know, Thanksgiving is still a day away, but who are we really kidding? The Christmas spirit has been out in full force here in Orlando since before the Halloween season was even over. Overkill? For sure, but that’s just how it’s done here and I wouldn’t have it any other way.

This year is an incredibly exciting year for me to be in the holiday spirit early, because I finally get to go home for Christmas after a brutal year alone. So for about 24 hours I’ll be enjoying the crisp weather and the fresh snow, and for the other 15 days I’m there, you’ll most likely find me complaining about how my body isn’t used to the wind chill.

Nonetheless, I’m trying my hardest to celebrate the holiday season in both of my homes, and take in as many sights as possible to get in the spirit! This past week, I had the opportunity to check out a few of Orlando’s most festive sights that had me decked out in red & green earlier than planned.

A first for both me and Josh, we headed downtown for the Festival of Trees. Unsure what to expect, I was amazed by the countless number of pines decked out for the holiday season. Festival of Trees is an event put on by Orlando Museum of Art’s Council of 101 to transform the museum into a winter wonderland. Each room was full of trees, wreaths, and table-settings up for purchase to benefit the museum.

Different businesses from all over the community each donated products for the auction or decorated trees to showcase. There was even a room filled with gingerbread houses that really reminded me of home.

It was such a special day that was perfect for kicking of the holiday season here in Orlando!

Of course every year I have to make it out to the other side of town to see how Mickey Mouse decorated for the holidays. One of my favorite things to do (because it’s free) is to go to Disney Springs for lunch. Tis the season for the Holiday Turkey sandwich from Earl of Sandwich, so I made that a priority of my small little day trip. Listen, this sandwich actually scared the heck out of me a year ago. Who would put turkey, stuffing, mashed potatoes, and cranberry sauce all on one sandwich? (Well other than Ross Geller.) Well, last year I ordered it expecting it to be the worst thing I ever ate, but my knockoff “moist-maker” turned out to be my new favorite sandwich. The best part about it is ordering it in June, when you’re really craving Thanksgiving food.

The Christmas Tree Trail is conveniently located right next to Earl of Sandwich, so now you have no excuse not to try the Holiday Turkey. We headed to the entrance and were greeted with the familiar tunes of Micheal Bublé and snoap (Floridian snow made of soap suds) falling from the sky.

I swear the events team at Disney sets a goal to outdo themselves every year, and you can really see it in the trail. As always, each tree is designed to match a certain Disney movie or attraction, and this year there were more than ever. They also included cute little posters with easter eggs from some of their animations. This year they even got smart and added a shop and concessions right in the middle of the trail.

And I fell victim to it as soon as I saw the most adorable souvenir cup they were offering this year. After finding out it came with a frozen eggnog milkshake, I was sold, and am now a proud owner of another piece of plastic that I have no clue what to do with.

We all got our amazing photos with our favorite trees and wow was the lighting ever in our favor. Bless. Then headed to a few of our favorite stores to start some early Christmas shopping before calling it a day.

The final holiday adventure (for this week at least) brought me to Universal Orlando to see something brand new to me. I recently joined the dark side and became an annual passholder at Universal, which is super exciting because up until now, I have only been there in the summer. So when I found out they were offering a special first look at the holiday festivities just for passholders one day after the parks closed, I signed up so dang fast. At the time I didn’t have anyone to go with, but I wasn’t going to miss out on such an exciting event, so I planned on going solo.

I headed straight to the parks after I got off work on Friday, because they were closing at 7pm, so I had to get at least one roller coaster ride in, right? Universal Studios was dressed up in it’s holiday best, and I’m already counting down the days until I can see all the decorations in daylight.

After the park closed I headed to city walk to meet up with my friend Natalie, and we headed over to the passholder preview. This event was held at Islands of Adventure, so we got to see all new decorations. We started by waiting in a long line to buy passholder exclusive Christmas ornaments, but it was definitely worth it because they are so cute. Ornaments are one of my favorite souvenirs because you get to relive the memories from the adventure while decorating your tree each year.

We then joined the masses and headed to Suess Landing for the first stage show of “The Grinchmas Who-liday Spectacular”. Long story short, it was my favorite show ever, and I will be attempting to go back as many times as possible to watch it before flying home.

That was all we were able to check out in one trip, but i’m planning on going back soon to see Christmas in the Wizarding World of Harry Potter, Universal’s Holiday Parade featuring Macy’s (yes, including the balloons), and Mannheim Steamroller does performances free with admission every Saturday and Sunday night.

I’m so excited to continue celebrating the holiday season here in Orlando, at home in Pittsburgh, and even for a few days in Washington DC. It truly is the most wonderful time of year, and the happiness and good vibes are so infectious. This Christmas will be a very special Christmas for me. 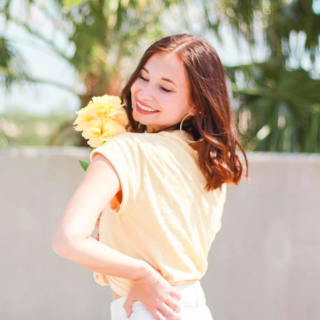